Learn How Sports Stadiums Around the World are Solar Powered

Cricket World Cup is on an interesting peak and the stadiums are packed with the crowd. There is nothing more exciting than watching your favorite players sweat out and carve their path to glory.

What many of us are unaware about is that most of the stadiums are powered by solar energy. These stadiums attract a lot of electricity during live championships and hence many stadiums around the world are joining the clean energy revolution. The environmental of such famous stadiums not only makes an environmental impact but also help advertise clean energy sources.

Today let us discuss how various sports stadiums around the world have adopted solar energy to fulfill their power needs.

When it comes to sports and India, no conversation should begin without talking about cricket. India has a huge cricketing fan base and hence stadiums are filled with people for most days of the year. IPL (Indian Premier League) is one of the biggest and longest sporting events in the world which is held every year.

With 13 cities ranking in the top 20 most polluted cities in the world, Indian authorities are taking some drastic measures to curb this pollution.

A 400 kW capacity solar panel has been installed on the rooftop of Bangalore’s cricket stadium. It became India’s first cricketing stadium to start this green initiative. The initiative will not only bring down the conventional dependency but also generate revenue for the stadium. As per the design, the grid can easily manage all the power requirements except the floodlights.

The stadium spends around 2 crores on electricity bills every year consuming 18 lakh units. The new initiative is supposed to produce 6 lakh unit of energy, part of which will be consumed and the surplus is fed to the power grid under the net metering policy.

The system is also designed to treat the neighboring sewage water and use it to maintain the green lawn. The entire project is supposed to reduce 600 tones of carbon emissions.

This newly built Rajkot’s Khanderi stadium becomes India’s second stadium after Bangalore to be partially solar-powered. The cricket stadium is situated 15 km away from the city of Jamnagar, has installed solar capacity of 50 KWP. The grid is designed to generate 7000 units of power per month, saving an annual budget of Rs. 54,600/-

Brabourne stadium of Mumbai, hold the record of installing the world’s largest solar rooftop. Tata Power has commissioned an 820KW capacity of solar panels. The project is supposed to generate 1.12 million electricity per year.

Reducing monthly consumption by 25%. Currently, the stadium consumes, 4 lakh kWh of electricity each month, with newly installed solar panels the consumption is estimated to fall down at 3 lakh kWh/month. In terms of environmental health, it is estimated to prevent 840 tonnes of carbon emission annually. 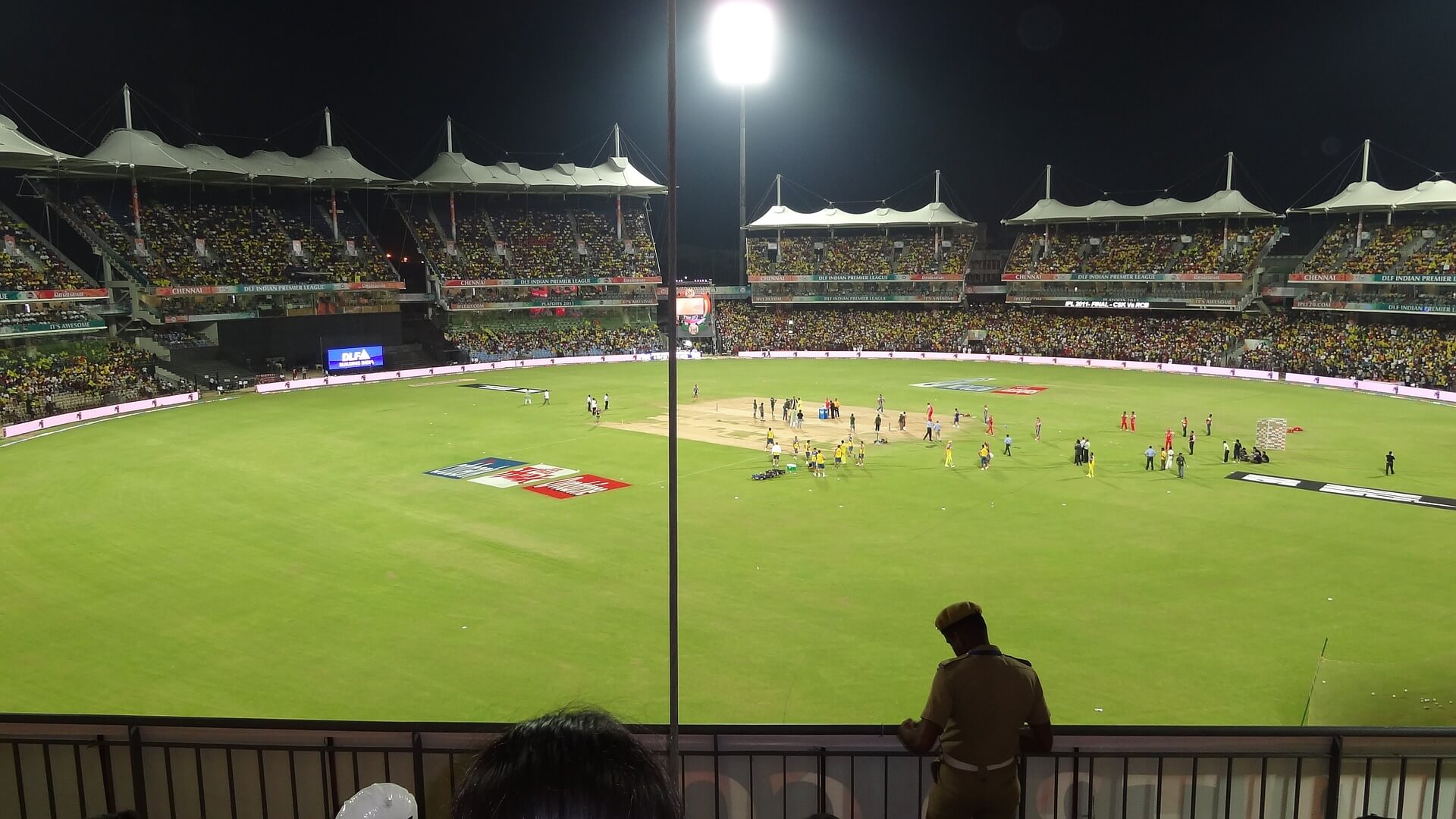 Solar Powered Stadiums Around the World

Baseball is America’s favorite past time. Today the baseball stadiums are dazzled with attractive lights and flashy billboards. The electricity consumed has to come from somewhere, today most of the stadiums are modifying themselves to use solar energy.

Arizona is infamous for its high-temperature conditions, but its sweltering day doesn’t scare off their baseball fams. The high temperature makes it suitable for solar energy cultivation. The chase field of Arizona built a solar park of  75-Kwh just outside the ballpark’s western entrance. The fans can enjoy some shade while consuming the flashy billboards.

Seattle is not very sunshine friendly, but the latest solar energy panels are so superiorly designed, they can still work in overcast and cloudy weather. Safeco tested this theory and installed a 33-kWh solar panel system generating around 40,000 kilowatts of electricity every year. It is enough to prevent 28 tons of carbon emission in the atmosphere. 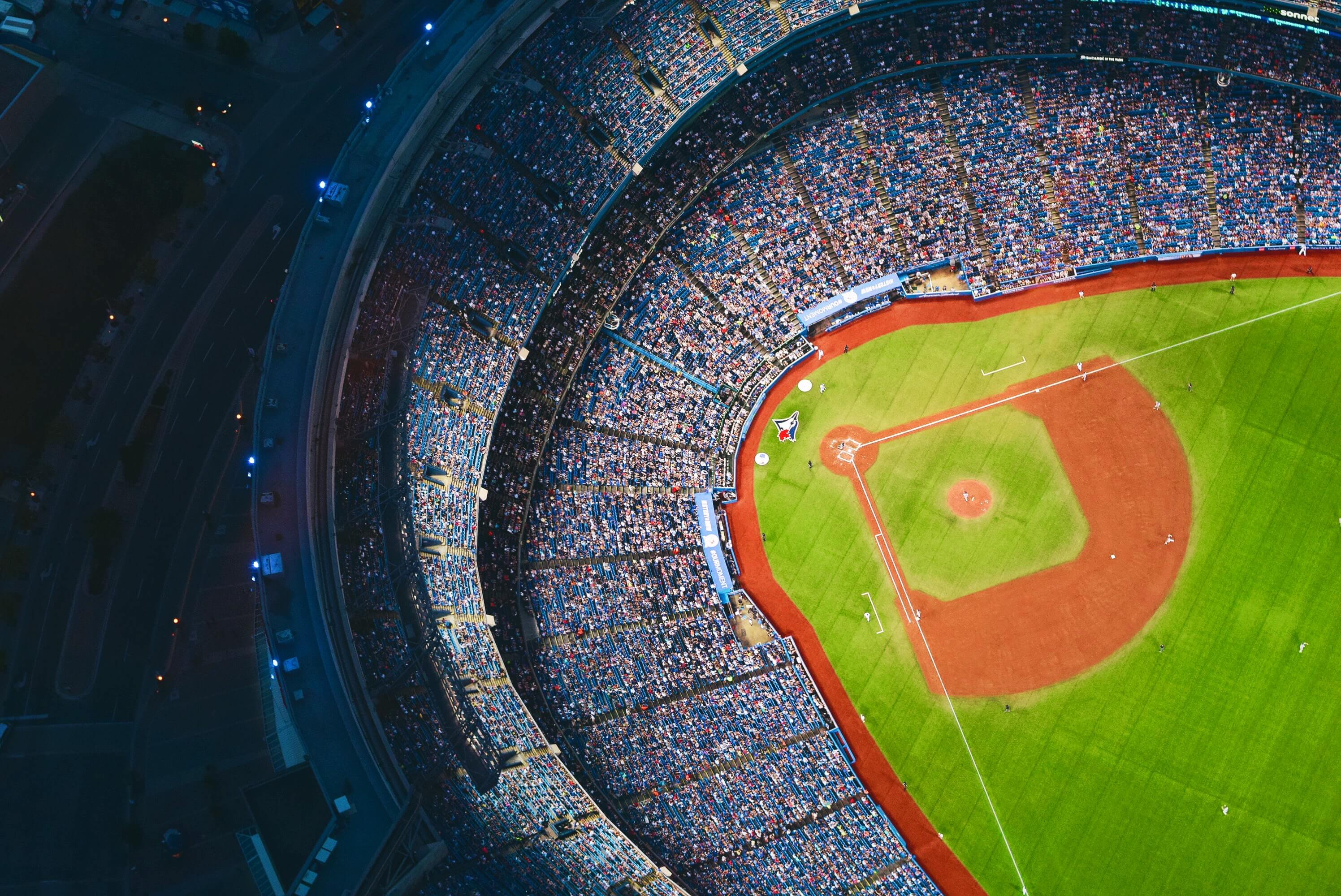 Levi’s stadium is one of the best and gorgeous football stadiums in the world. It is designed to house 1000 solar panels which generate enough power to run all of its home games but also cultivates a 27,000 square feet “green roof”. The water irrigated on the roof is used to maintain the playing field.

Lincoln field champions prize themselves as the solar champions by installing a whopping 11,000 kWh solar panel installation and possess the capacity to generate a staggering 3,000 kWh of energy per year. 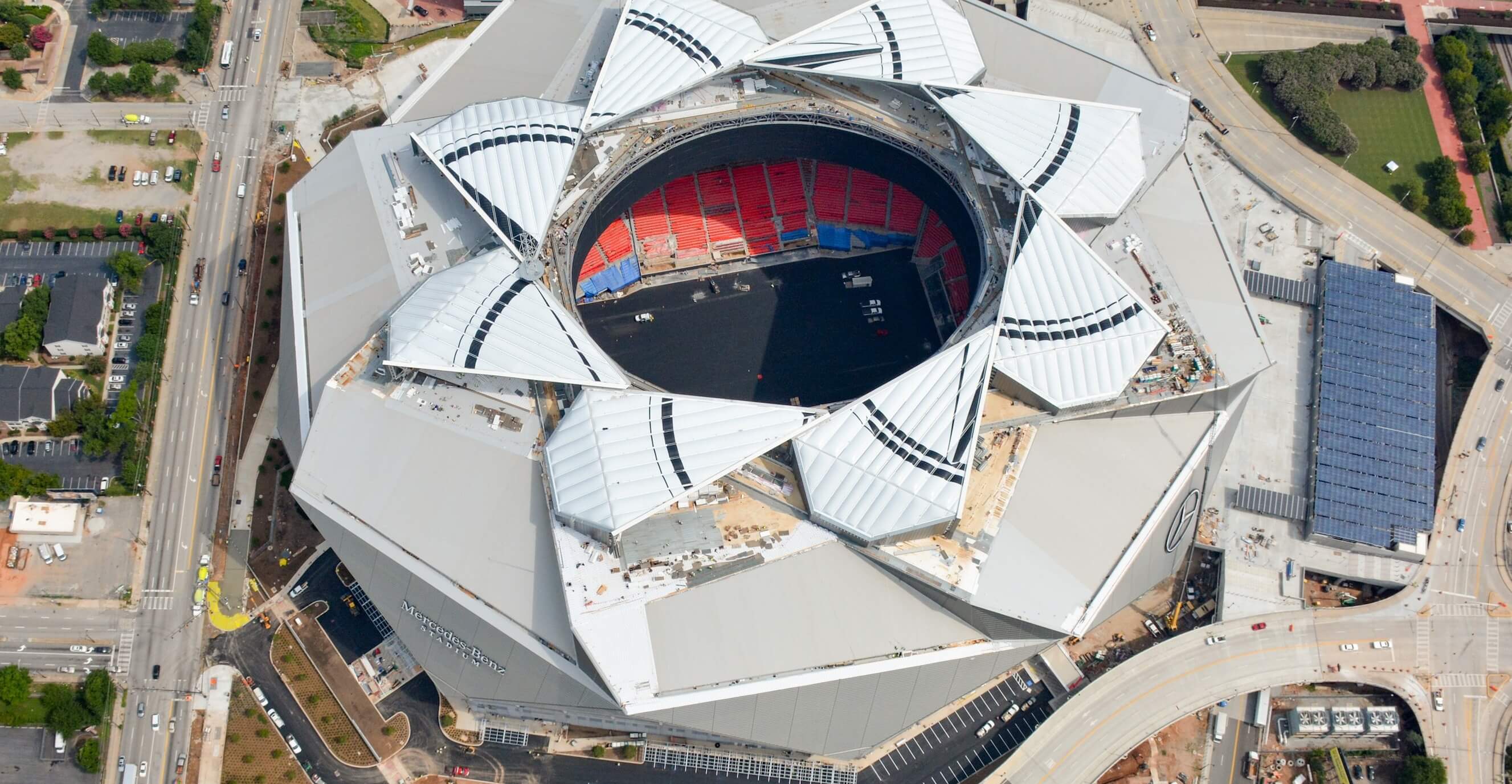 Everyone knows the importance of sports and how it brings people of different sections together for celebration. Everyone is a fan of sports and the thrill of victory and heart break is commonly shared between each fan.

Renewable energy being advertised by any sports authority to the public delivers a strong message and helps in the widespread acceptance of ideas.

Currently, there is a general perception around solar energy that it is not economic friendly and the ROI’s are poor. The acceptance of solar energy by these stadiums on large scale proves the efficiency of solar energy and demonstrate a working case study of how large scale organization could make a difference.

Not only the environmental impact but also its impact on the policies. A successful demonstration of large scale solar application could force the government to make solar installation compulsory for large scale authorities like sports stadiums.