A Brief History Of Solar Energy

Sun is the ultimate source of energy. All the processes natural process that occur on earth are directly or indirectly related to the sun. Even though humans knew the power of the sun from pre-historic ages, it was only a few centuries ago that humans have tried to capture this energy for domestic use. Today solar energy is the most widely researched arena when it comes to renewables, but it was never the same in the past. Solar panels have gone through a transformation to be at the position it is today. It is easy to forget that solar energy had a completely different meaning just two decades ago. To understand the journey let’s explore its important timelines throughout history of solar energy.

Year 1767: Swiss scientist Horace de Saussure was credited for successfully inventing the world’s first solar collector. This was a great breakthrough and led the foundation of today’s solar energy technology. Later a traveler named  Sir John Herschel used the concept of the solar collector to cook food during his south African expedition and thus began the domestic use of solar energy.

Year 1839: Nearly a half decade later, a French scientist Edmond Becquerel discovered the photoelectric effect while experimenting with electrolyte cells made of metal electrodes placed in the electrically conducting solution. He observed that the generation of electricity saw an increase when the metals were exposed to sunlight. This effect is the principle on which the modern solar panel system work. The photoelectric effect is the emission of electrons or other free carriers when light hits a material. Electrons emitted in this manner can be called photoelectrons. The electrons when channelized can conduct electricity.

Year 1860: 1860s saw the invention of steam engines which used to run on coal. A French mathematician August Mouchet proposed an idea for solar-powered steam engines. Then he spent the next two decades working on that idea along with his assistant, Abel Pifre. In the year 1880s, they successfully built the first solar-powered engines and used them for a variety of applications. These solar powered engines became the foundation for today’s parabolic dish collectors. 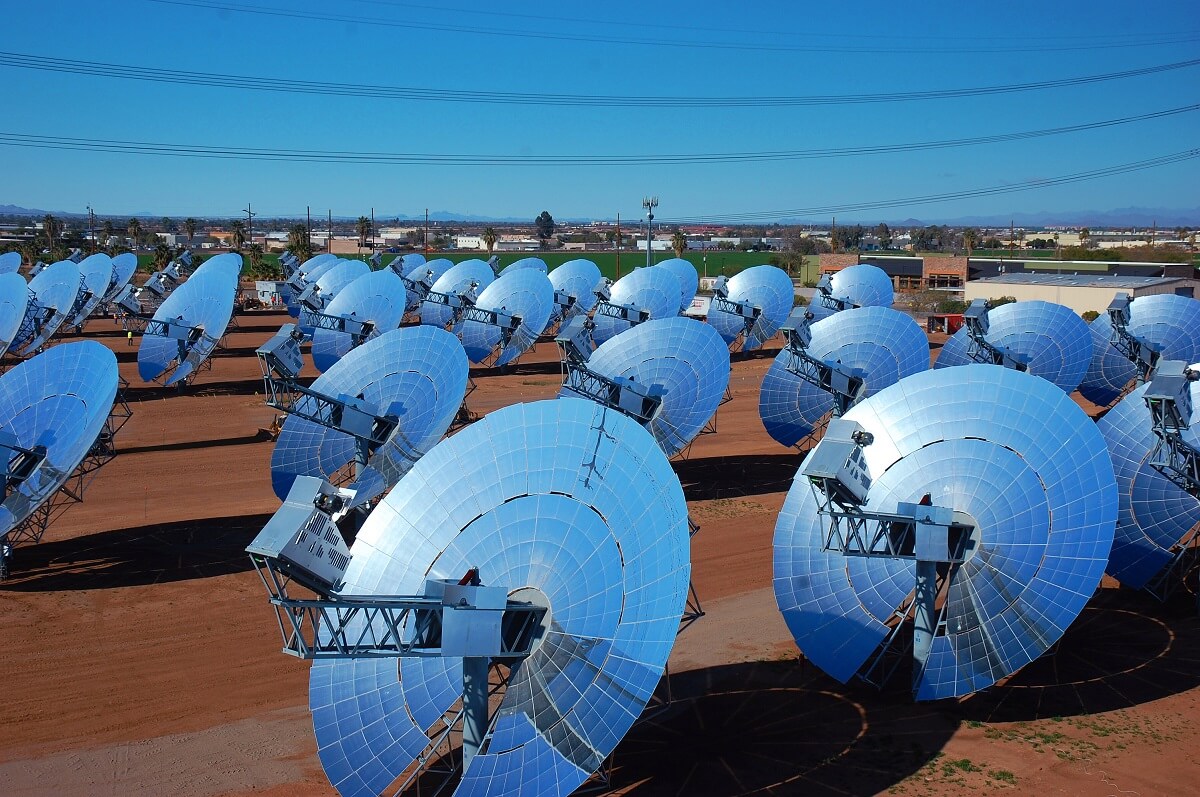 Year 1876: William Grylls Adams and Richard Evans Day discovered that selenium conducts electricity when exposed to enough sunlight. The selenium cells were not efficient, but it was proved that light, without heat or moving parts, could be converted into electricity. This experiment proved that a solid material can be used to harness the limitless power of the sun.

Year 1905: Albert Einstein published a paper explaining the photoelectric effect. This explanation paved a way to use the principle in many new discoveries. Even with solar energy, the explanation of how light behaves with dual nature opened doors to experiment with new methods and materials.

Year 1918: Polish scientist Jan Czochralski developed a way to manufacture single crystal silicon wafers. Since silicon is abundantly available on earth, this method was widely accepted by industrialists to manufacture solar energy panels and is used even today. This opened the door for solar energy to be used for domestic purposes.

Year 1947:  After devasting power usage in world war 2, most of the countries were looking for alternative options to fulfill their energy needs. This accelerated the use of solar power and the demand for passive solar buildings surged. 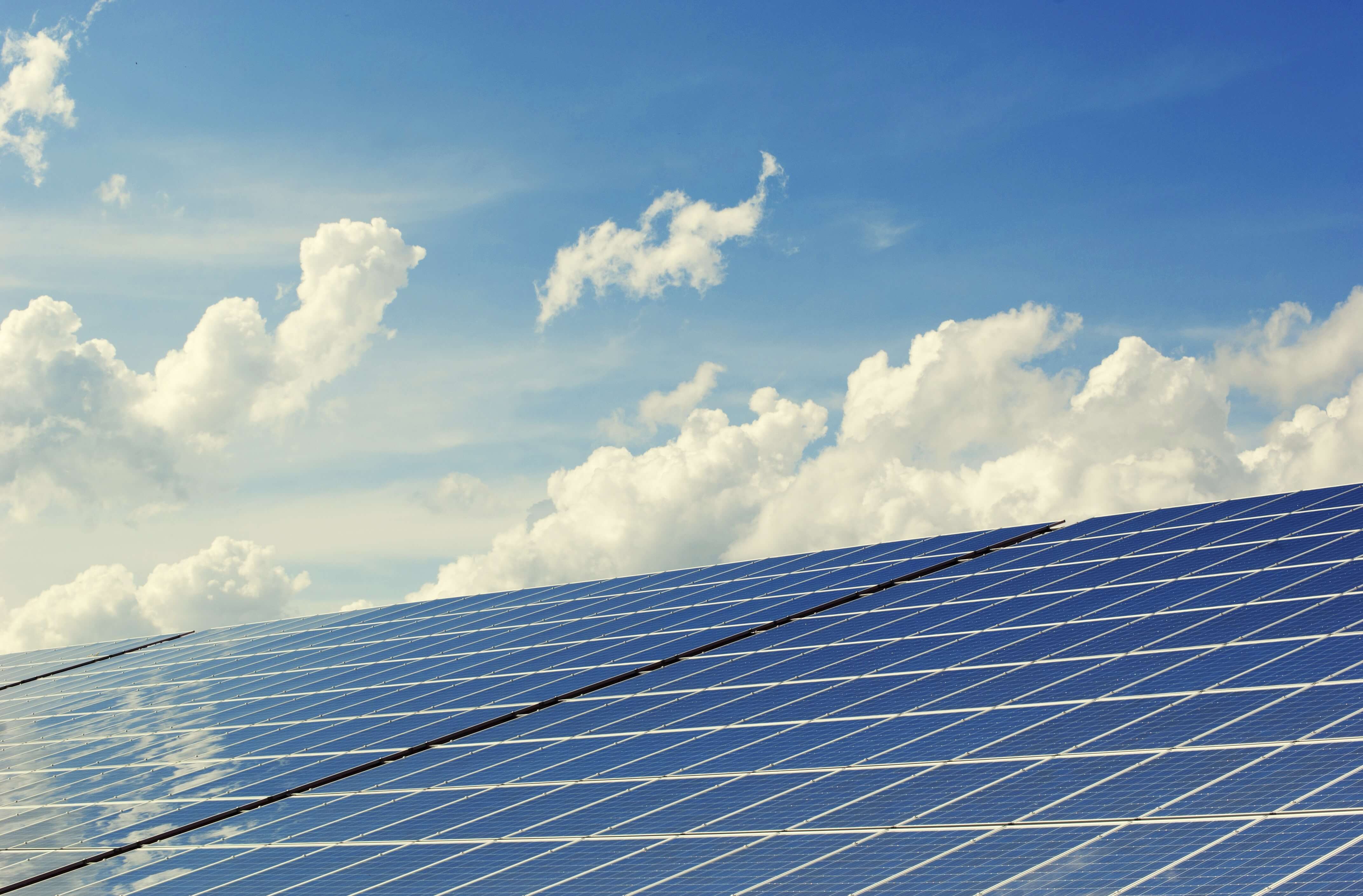 Year 1956: U.S. signal laboratories approached Paul Rappaport and Joseph Loferski to discuss the possibilities of using solar energy panels in space applications and about developing special solar energy panels to be used in satellites orbiting around the earth. 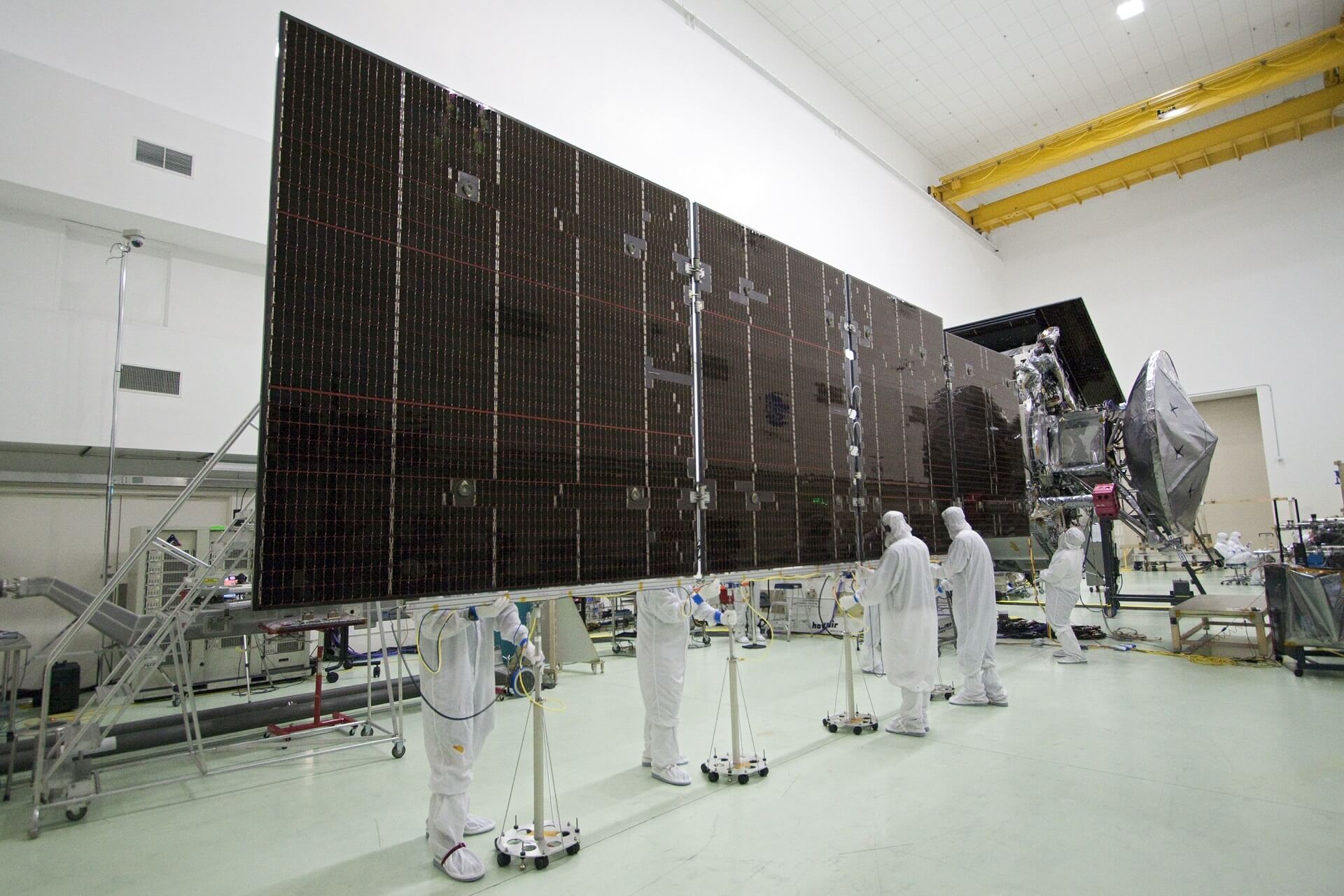 Year 1970: Dr Elliot Berman, successfully designed the first affordable solar energy panel. It bought down the price of solar energy from 100$ per watt to 20$. Using solar energy for domestic use began to be viewed as a sensible option. Solar applications were started being used on off-shore activities like power navigation, offshore lights, powering horns, railroad lights, lighthouses etc. It became easier to provide electricity to remote places where the conventional electric sources were not affordable.

Year 1981: Paul MacCready built the first successful solar-powered aircraft. In its first voyage, it traveled from England to France crossing the British channel. The aircraft was designed by mounting around 16,000 solar cells on its wings, producing around 3000 watts of power. The design was inspired by solar cells powering the space crafts in space.

Year 1986: The world’s largest solar thermal facility was inaugurated in California. The solar project consists of thousands of rows of mirror concentrating on a  system of pipes circulating the water. The heat is used to evaporate the water to convert it into steam. This heat is used to run turbines to produce electricity. California is the largest of nine such plants built in the 1980s. During operation, oil in the receiver tubes collects the concentrated solar energy as heat and is pumped to a power block located at the power plant for generating electricity.

Year 1992: the University of Florida, developed the first thin photovoltaic cell made from cadmium telluride with 16% efficiency, breaking the barrier of 15% first time in solar technology.

Year 1999: Spectrolab, Inc. and the National Renewable Energy Laboratory develop a photovoltaic solar cell that converts 32.3 percent of the sunlight that hits it into electricity. The high conversion efficiency was achieved by combining three layers of photovoltaic materials into a single solar cell. The cell performed most efficiently when it received sunlight concentrated to 50 times normal. To use such cells in practical applications, the cell is mounted in a device that uses lenses or mirrors to concentrate sunlight onto the cell. Such “concentrator” systems are mounted on tracking systems that keep them pointed toward the sun.

Year 2000:  Sandia National Laboratories develops a solar inverter designed specially to store solar energy. This invention solved the problem of solar energy been not available during night time. Inverters are devices which converts direct current into alternating current, which is standard current for household wiring and for the power lines that supply electricity to homes.

Year 2001: TerraSun LLC develops a unique method of mass producing solar panels. The typical solar cells use Fresnel lenses or mirrors to concentrate sunlight. But TerraSun LLC used holographic optics which allowed a more selective use of sunlight, allowing only those frequency to pass which is used in generating electricity. Allowing unnecessary frequencies to filter out.

Year 2016: Scientists have overcome a design flaw of solar panels by allowing them to collect energy in both the rain and sun. Now, almost any home can install solar panels. So even if you live in a rainy area, you can use solar panels to produce electricity for your home. This innovation could change renewable energy completely.

Year 2018: Alta Devices, a company which specializes in manufacturing of gallium-arsenide PV solar panels, claimed to have achieved a solar conversion efficiency of 29%. 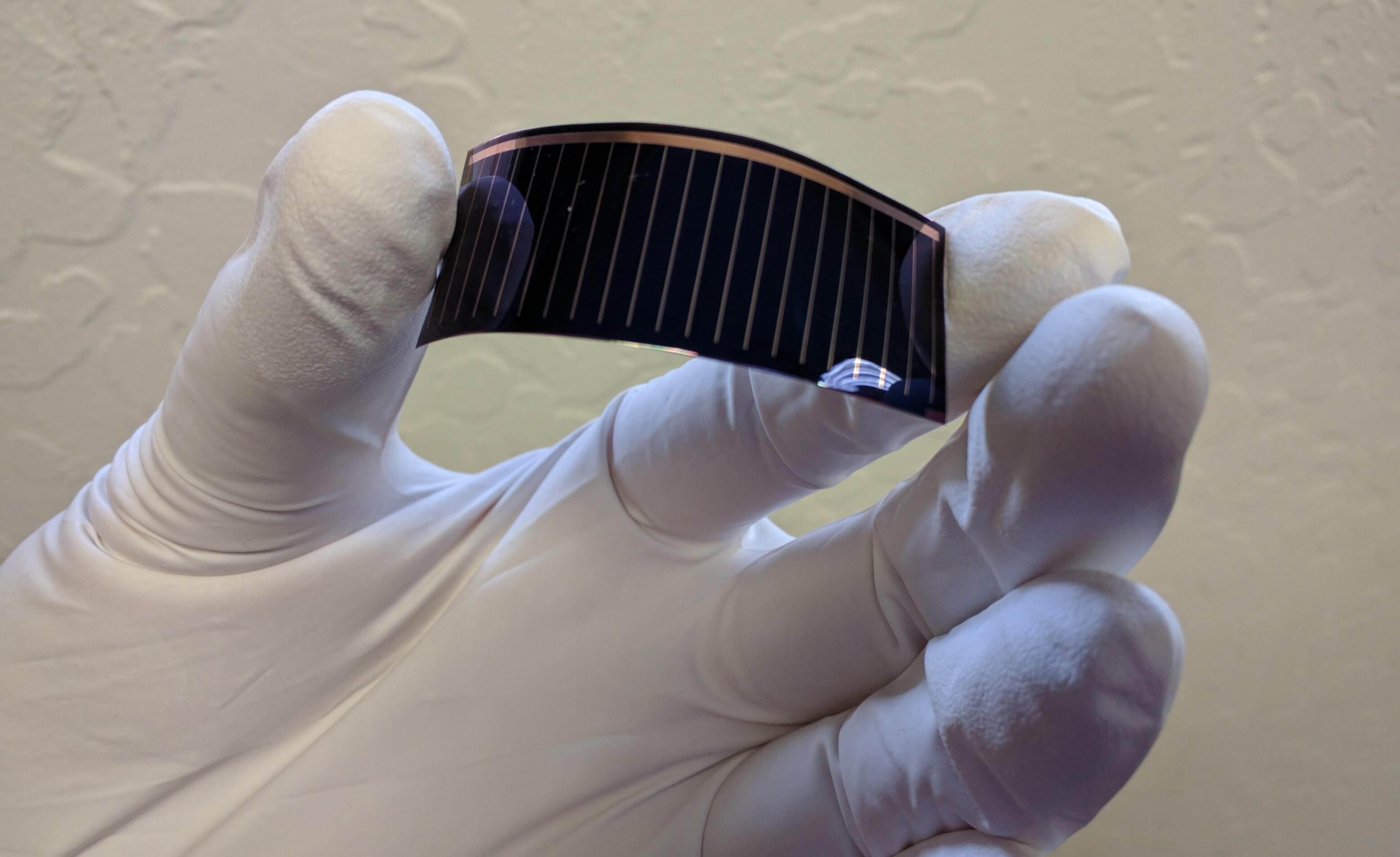 The current technological roadmaps are laid in such a way that by 2050, most countries would be only partially reliable on fossil fuels and all major applications would be run on power generated by solar energy. With the government pushing various policies and the rise of public awareness has increased the number of people adopting solar energy for both domestic and commercial use. As the solar panel increases its efficiency to match the conventional energy sources, people all over the world would install those panels. The way solar technology is evolving, it is not too much to hope for a better and cleaner future.

How To Combine Solar and Geothermal Energy Sources? Solar Heat For Industrial Processes